The Hotelier Who Believes in the Power of Talking It Out 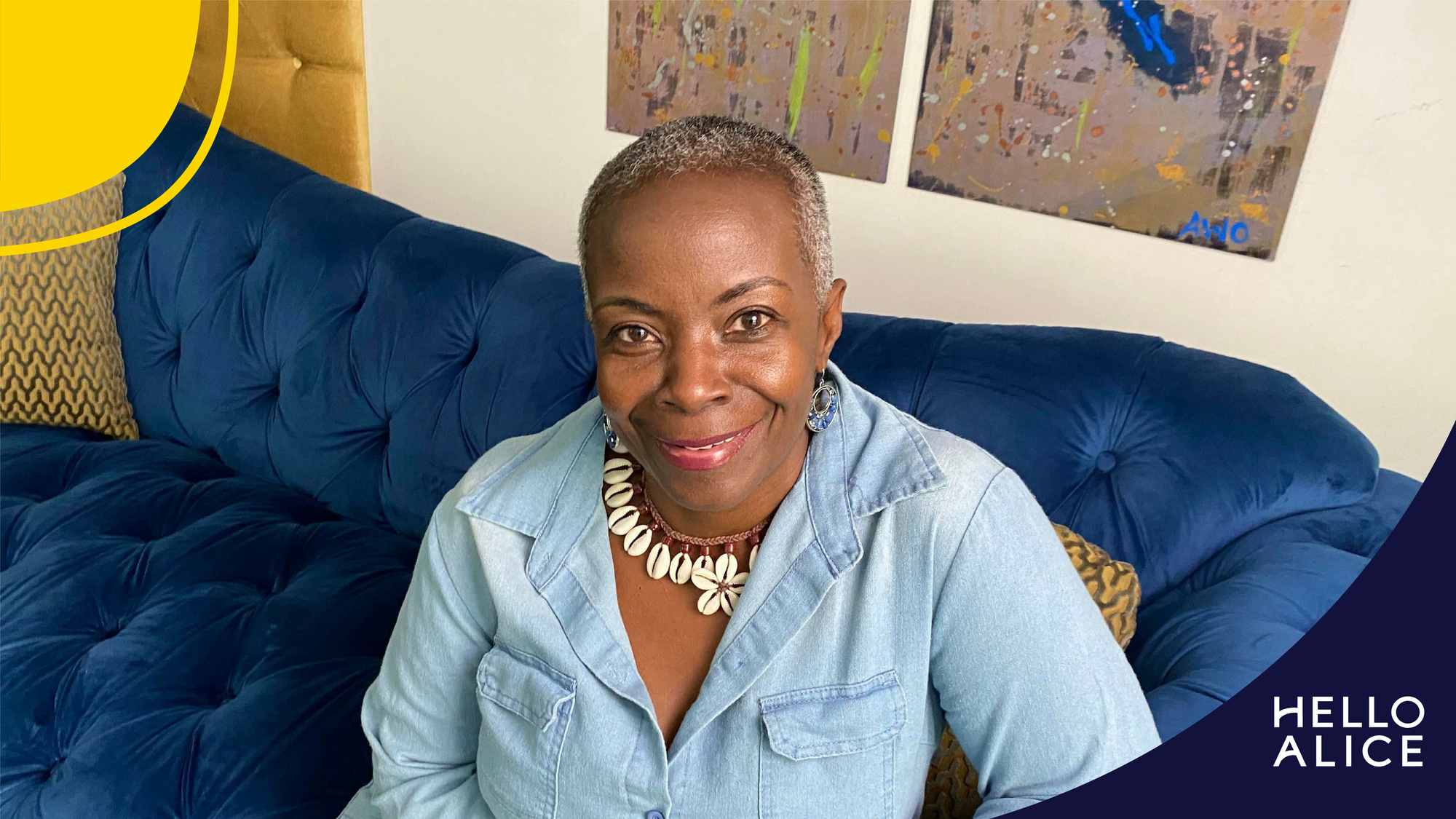 When Kristin Kitchen opened Six Acres Bed & Breakfast outside Cincinnati, Ohio, she had no experience in the hospitality industry. Instead, she brought a degree in African American studies and a desire to tell the story of the property, which was once part of the Underground Railroad. Kitchen quickly built a loyal following of customers interested in a unique mix of cozy accommodations and cultural tourism.

That success grew into Sojourn Heritage Accommodations, a boutique hotel brand with a second location in Miami and a soon-to-debut concept in North Carolina. Each hotel invites guests to learn about the Black American culture of the community in which it’s located and prioritizes local or Black-owned vendors for the hotel’s toiletries, linens, and snacks.

Hello Alice recently spoke with Kitchen about her hotels’ secret sauce, some early struggles with financing, and why she decided to house the homeless throughout the pandemic. What follows are her own words, lightly edited for length and clarity.

The original goal with Six Acres was to find a historic piece of property and turn it into a communal experience — kind of like a night at the museum. Our big thing is creating locations where we can have healthy conversations about race, about culture, about gender, so that we can get better as a nation of people.

Six Acres has always had a breakfast table at its core. The idea was to have people from all over the world come and break bread together. That’s so rarely done these days, believe me. People tell me, ‘I’ve never had this opportunity to sit down and just have an open dialogue.’ There are no bad questions at Six Acres; what we can’t answer, we can ask someone else. This was something that was important to me because I think conversation is probably the only way we’re going to have any chance to heal this planet. If you understand my world, then you can relate to it. If I can understand your world, I can relate to it. That’s where the rub is.

The first interview that I ever had was a writer for the Cincinnati Enquirer who covered B&Bs and hospitality spaces. She and her husband came, and we had a great time with lots of dancing and music. Later she said to me, ‘I’ve done this about 30 times, and this is my favorite B&B so far! I can’t even tell you why.’ I knew exactly what it was. We’re not the fanciest, but we are soulful! It’s what I got at my grandmother’s house every Saturday morning: breaking bread with her and talking and listening. We’ve never had a problem with people ‘getting it.’ And even if they get there and they’re not sure if they’re going to be comfortable, by breakfast time, they’re pretty ready.

It’s not all so easy. I would say that financing is probably the hardest part of the business. If I had millions of dollars, we would just be rocking and rolling. Unfortunately those financial barriers to success are probably the greatest for the African American people. I can sit with a 750 credit score and assets out the boom boom, and I still don’t get the same ease of process. When I first bought Six Acres, for example, I bought it on land contract because the bank wouldn’t loan me any money to fix it up. For that issue, I did not totally blame them! It was a 6000-square-foot condemned house. Instead, I worked in real estate to get it done. The whole process took three and a half years. I kept buying a property, fixing it up, selling it — then buying another property, fixing it up, selling it.

Then it finally happened all at once. I had some warehouses that I had never put on the market, and somebody called and asked if I wanted to sell those warehouses. I thought to myself, ‘How did you know I had no money?’ [Laughs.] They wanted to buy them, pay cash for them, and close next week. I think that’s probably one of the biggest things that I can tell people: Don’t give up. When I finally got serious, the universe got serious.

I really believe in what I’m doing as it relates to community tourism. I’m just going to keep pushing the ball up the hill, even when it does not seem like it makes sense. I always tell people about that first time I went to get to speak with investors — I was just so excited. As I explained my whole platform, there’s like these eight old guys, and they’re looking at me. Eventually they ask, ‘Who’s gonna do all that?’ Well, I am!

What I’ve learned in this business is that it takes a minute. For example, the project in Miami took eight years to fully evolve with the permits and everything. We picked Overtown, which was historically a Black community, and we chose to celebrate the Harlem Renaissance because this community was basically Harlem South. We brought in all the locals stories in the history so they tell two narratives — the big picture of the Harlem Renaissance, and the smaller picture of Miami’s Harlem Renaissance.

At the beginning of the pandemic, the National Guard rolled through Miami and told us we had to close down. We had just opened, and we were finally cooking with gas — just killing the game! I didn’t know what we were going to do. I went to sleep sick to my stomach about the whole situation, and I woke up asking myself, ‘Who can we serve in the middle of this?’ Thankfully we were already in conversations to employ the homeless from the community, so I just reached out to my contact at the homeless organization to see if we could help them house any of their clients. They were like, ‘Are you kidding? Can we bring some people to see you tonight?’

There have always been two major homeless camps on either street beside us in Miami. They are a few blocks back, but still, they are right there. Whenever we would get a complaint about them at the hotel, I would always say that we don’t demonize people who have nothing. I’m always leaving these long responses to people on TripAdvisor about how these people in the camps have so much more to do than rob you. I don’t even know what they think these people are doing, but that’s just not what’s happening. Now that we’ve been housing the homeless for several months, people ask me if they’ve damaged my place. Not at all! I mean, not at all. It’s the exact opposite of what people think is happening; the place is as beautiful as it was when we opened our doors.

Let me say that there are ways to help in this way while still running a business. You just can’t serve to the point where you can’t pay your bills. I’m proof that you can negotiate something that works for everyone. I’ve had organizations ask what our rates are, and I gave them a rate. They asked if we could beat that rate, and I tried to beat it again. They asked if we could beat it a little bit more. I finally said, ‘OK, how much do you want to pay? What is your budget?’ We were able to fill those rooms up, and they were thrilled to have the space. My advice is to always just ask. Once that happens, we can collaborate and make this make sense for everybody.

Even as everything has happened over the last year, I’m always looking to the future. We haven’t even opened our third space in Rocky Mount, North Carolina, but we’ve already taken reservations because I can verbally sell people on fresh air during a pandemic. The little town was building a Black business district, and they invited me to bring the Sojourn brand to their community. When I chose the house we’re occupying, I chose a house that had the history that I was looking to tell. The place was built by the descendants of a slave-owning family, and that family readily admits that they know that they have Black descendants. It’s the classic Southern American story, right? I knew right away that it was the one that I was going to buy. I knew that this was the American story that I wanted to tell, which was tied to the history of this house. It’s going to be good for the community to engage in that conversation, I think, and it’s going to be good for the guests.

Some people ask why there are not more social entrepreneurs out there. I think that’s about to change. The pandemic is going to give people a new reflection on how we love and support each other while making money. This is a moment of reflection when we realize that if we don’t reach back out and help our communities and our neighbors, we really will perish. So hopefully, this is kind of an awakening moment of the opportunity for us to see how we do this thing a little bit different. That’s what I’m praying, at least.